Students from Cphbusiness were part of the teams who won first place, Best Pitch and Best Innovative Idea at this year’s Startup Weekend Øresund on 23-25 October.

EasyBikeFinder with Martin Antos in the middle. Photo: Julia Mihalyiova.

The team who won first place consisted of Cphbusiness’ own Martin Antos, who studies in Lyngby and Philip Staib, Miclea Catalin Ionut, Bruce Kim and Andreea Ioanna. They developed a business that allows the user to use an app and electronic equipment to locate their bike, for instance among the many bikes at Nørreport Station. The team, who named their business EasyBikeFinder, is now spending 12 weeks in THINK’s accelerator programme, before moving into Helsingør Erhvervspark, where they can stay for free for the next year. In addition, the team won a gift certificate to HH Ferries, that can be used to travel across the strait or to hold mini conferences aboard e.g. Tycho Brahe.

The winners of “Best Pitch” had the pleasure of one of Cphbusiness’ students, Sebastian Holmgaard, who studies at Cphbusiness Søerne in Nansensgade. This team’s business idea is called Whoosh and is designed to help travelers pass the time during stopovers between flights. According to Sebastian Holmgaard, in addition to new friends and a bigger network, the 54 hours at Startup Weekend has given him a practical understanding of what it takes to make a successful startup and the importance of your team’s composition.

Cphbusiness was also represented in the group to win Best Innovative Idea. Cristi Niță was part of the team that works with artificial intelligence and is developing a system to promote cognitive intelligence through reflective questions generated by the system itself through questions posed by the user. 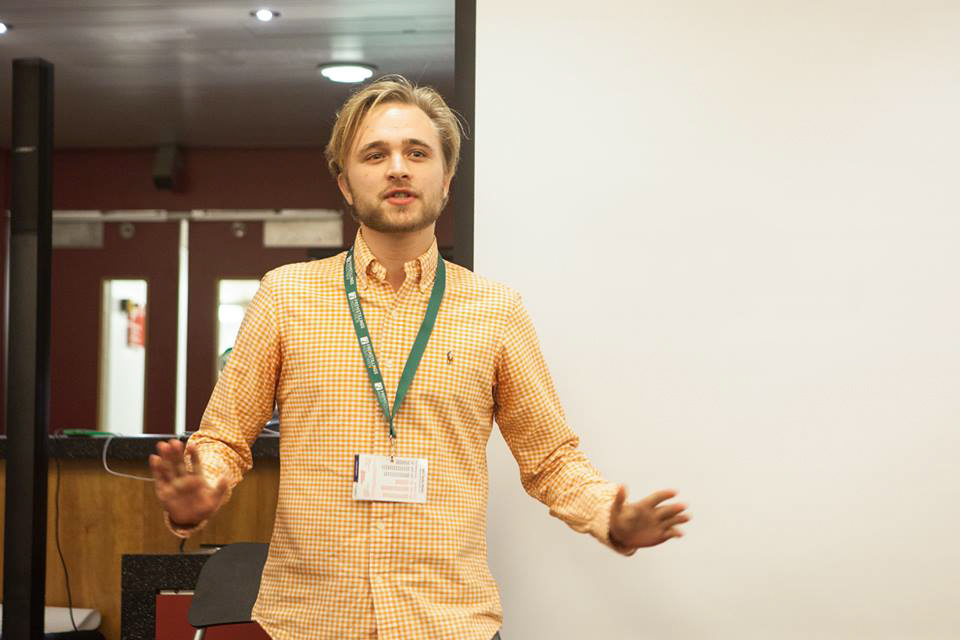 Sebastian Holmgaard studies at Cphbusiness Søerne and was a part of the team that won “Best Pitch”. Photo: Julia Mihalyiova.

This year’s global facilitator was Rune Gregers Meyer, who teaches at Cphbusiness Lyngby and works as a project manager on Cphbusiness’ project “Social mobility and retention”, which is located at Cphbusiness Søerne in Nansensgade.

- Startup Weekend is a mini exploratorium that gives the participants the possibility to turn a business idea into a real startup in the course of 54 hours, says Rune Gregers Meyer and continues:

- of the more than 300,000 startups, who are a result of Startup Weekend, we know that 36 pct. are still alive are three months. That is good going, he says.

“No talk, all action”

According to Rune Gregers Meyer, the reason for this success rate is that the participants are pushed to engage with costumers and confront them with their ideas. This validation quickly lets them know, whether their idea has any substance. Startup Weekend is a part of UP Global, which works to build local ‘communities’ for entrepreneurs. In addition to local sponsors, like Scandlines, it is organisations like Google for entrepreneurs, Coca Cola and Post-it, who are behind UP Global, where Rune Gregers Meyer, in the role of global facilitator, calls for “No talk, all action”. 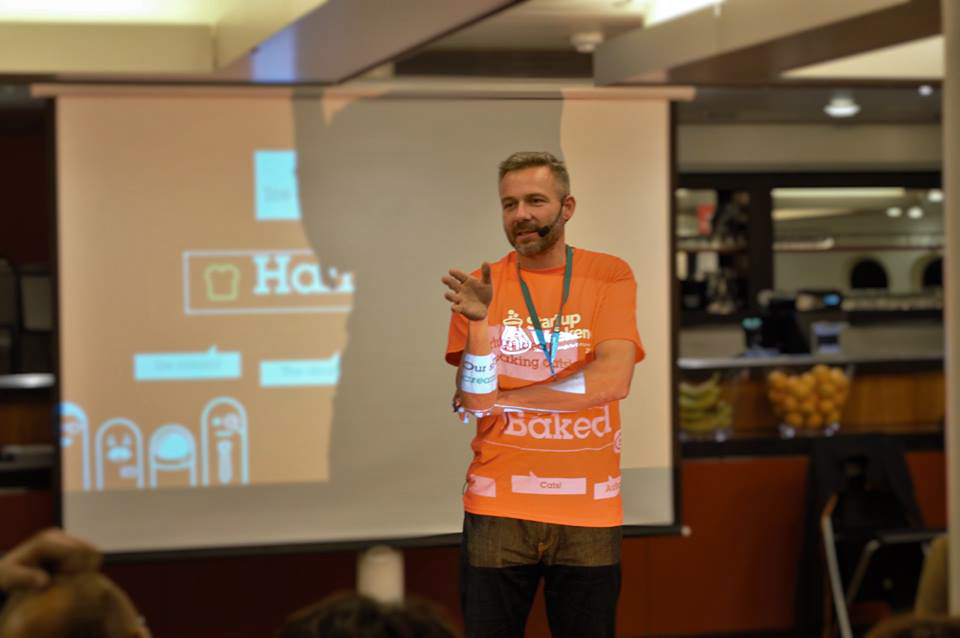