- Nothing is going to stop me

In less than two years, Kareem Ahmed has turned Street Society into a project that makes a huge difference for children and young people in Copenhagen.

”Successful experiences lead the way.” Those are the words from 25-year-old Kareem, who is studying a Top Up-bachelor’s degree in Innovation and Entrepreneurship at Cphbusiness Lyngby. But Kareem has a lot more going on than just his studies.

Along with Enver ‘Valli’ Uzeiri and Réda M’barek, both 28 years old, Kareem founded a new project back in 2014; the non-profit organisation Street Society. With a name inspired by the street environment, Street Society offers sports activities within street soccer and futsal for children and young people no matter their gender, age or ethnicity. That being said, Street Society’s focus is mainly on socially marginalised groups in the society.

Born to be an entrepreneur

”I want to be an entrepreneur!” This was what 18-year-old Kareem told himself back in 2008, when he got admitted at Niels Brock’s newly started entrepreneurial study programme.

Being an entrepreneur is not at all unusual to Kareem. His father, who is from Sudan like Kareem’s mother, has grappled with entrepreneurship, and he has founded numerous companies. Furthermore,

Kareem’s father took part in the establishment of the Arab school on Nørrebro.

The dream of starting his own company did not come true for Kareem right away. Having graduated from Niels Brock, Kareem got admitted at an event coordinator study programme where he was on a three-months long internship at an event and PR agency in Dubai.

After graduating as an event coordinator, Kareem’s focus shifted to helping social marginalised children and young people to secure that they did not commit any crimes like some of his childhood friends did:
- A lot of young guys in my circle of acquaintances have not made it as far as I have. I have seen many of my childhood friends commit crimes. One of my friends ended up in youth prison. Another one ended up in a normal prison.

Thus, Kareem applied for a job at the housing association, Boligforeningen VIBO and got hired at the department on Nørrebro and later on Amager. Here, Kareem worked with social marginalised children and young people – a job that inspired him to start his own association. 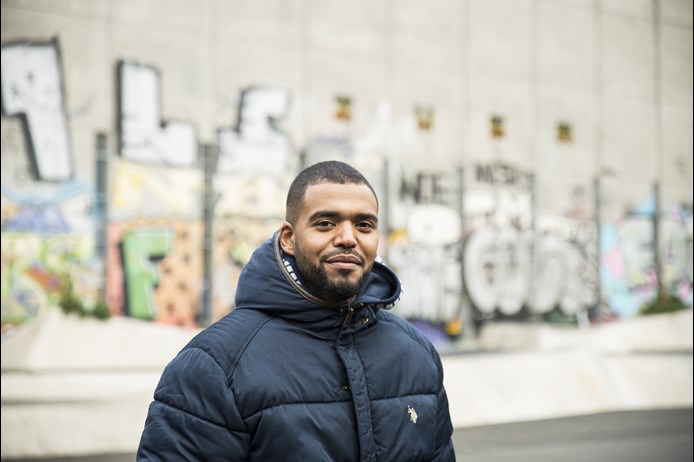 In 2014, the dream came true, when Street Society was founded. And the inspiration for this project did not only come from his former job. Kareem found that the Top Up Bachelor’s degree in Innovation and Entrepreneurship at Cphbusiness harmonised with the life as an entrepreneur.

- I was nervous about whether or not it would be difficult. But I found out that I like to work with people, who want the same, as I do. You spar with each other, and you get stronger.

According to Kareem, several of the young people in Street Society are curious about following in his footsteps, concerning education, and starting at the Top Up Bachelor’s degree in Innovation and Entrepreneurship at Cphbusiness.

Today, Street Society has held more than 100 tournaments and street events and consists of 18 volunteers including instructors, social workers and three project managers, who help arranging the association’s events.

According to Kareem, the composition of the three founders who met each other trough voluntary work is one of the reasons for Street Society’s success:

- Réda has a Top Up Bachelor’s degree in Sport Management from Cphbusiness, so he has everything under control in that area. Valli is a pedagogue and has a good understanding of children and young people. And I am more the innovative type, who gets a lot of ideas. We supplement each other really well.

And Kareem’s creative mind and skills were put to the test, when the associations needed a website and logo.

- It was too expensive to get professionals to create our website and logo. So I had to make that by myself. It was not that difficult, when you learned to use the programs. Our motto is ’learning by doing’, says Kareem with a smile on his face.

Furthermore, Daniel Mlka from the Danish ball game association, DBU, who has helped get Street Society going, agrees that the association’s front figures supplement each other well:

- They are a strong team, they are very trustful persons, and they are good at taking responsibility. You can count on them, and most important of all, they are good at keeping it at eye level when talking to the children.

Marianne Evers, who is head of department at Copenhagen municipality’s youth school, Københavns Kommunes Ungdomsskole, one of Street Society’s partners, speaks highly of the association:

- If there is a situation where the young people act out, and where extra pedagogical knowledge is required, we know who to draw on – and that is Street Society.

- Street Society Cup is the Champions League on street level. The children and young people will not enter a normal hall. We want to give them the experience of being superstars, so they gain more confidence. We also count on some Danish professional football players to come visit, unveils Kareem.

In addition, Street Society hosts a Christmas tournament, Jule Cup, on 25 and 26 December where children and young people, who do not celebrate Christmas, can show up and play some football.

- Many children and young people do not celebrate Christmas. Therefore, we host Jule Cup in the Christmas days to entertain them during a time where there is not much to do, explains Kareem.

From association to socioeconomic company

Although the rapid development of Street Society has surprised Kareem, the ambitious entrepreneur has the future plans of the association under control:

- It is my idea to go from an association to a socioeconomic company. We can create jobs for young role models in neighbourhoods with social marginalised young people. They start out being volunteers, and then we offer them courses: They learn different things about sport, for example futsal through cooperation with DBU. Then they get a certificate, proving they can be instructors, says Kareem and continues:

- My dream is that Street Society becomes a big sports organisation that offers for example street basket, street fitness, and we are also about to start street dance. We cooperate with a lot of different people. It has to be a place where we offer courses and mentor arrangements for those who have a hard time.

Kareem’s goal is to get even more involved in Street Society’s work – and it does not only concern young people with another background than Danish:

- There are mostly non-ethnic Danes in the association. But there are also a few ’ordinary’ young Danish guys. We want to bridge the gap between cultures.

The world as a playground

Though Kareem enjoys the life of helping children and young people through Street Society, he admits that there will come a time when he has to try something new:
- In a couple of years, we, the current project managers, will not be here anymore. We are building a strong foundation, and then somebody else will take over. After that, I will just be a board member.
Instead, the innovative entrepreneur has bigger plans for the future, where it is not only Denmark, but also the whole world that is the goal.

- Nothing is going to stop me. I do not like to follow the crowd. I have to go my own way. I want to get my hands on all kinds of new projects. Street Society is the heart, but I also want to do something in connection with Africa. Just like we are working crosswise parts of town, I want to work crosswise the World, says Kareem.

Read more about Street Society on: