This Tuesday, the CEO of FC Porto Comercial gave the students from Cphbusiness an exclusive insight into the Portuguese football club's commercial activities.

Rui Lousa, who is the CEO of FC Porto Comercial, visited students from Sport Management and the sponsorship elective at Cphbusiness. The CEO talked about the Portuguese football club’s sponsorship and marketing activities.

- In order to succeed in football, it is important to understand the sport and all that it involves. You have to know the passion, the past and the present and the different business models involved in football. If you master these things you can survive in the football world, says Rui Lousa from FC Porto. 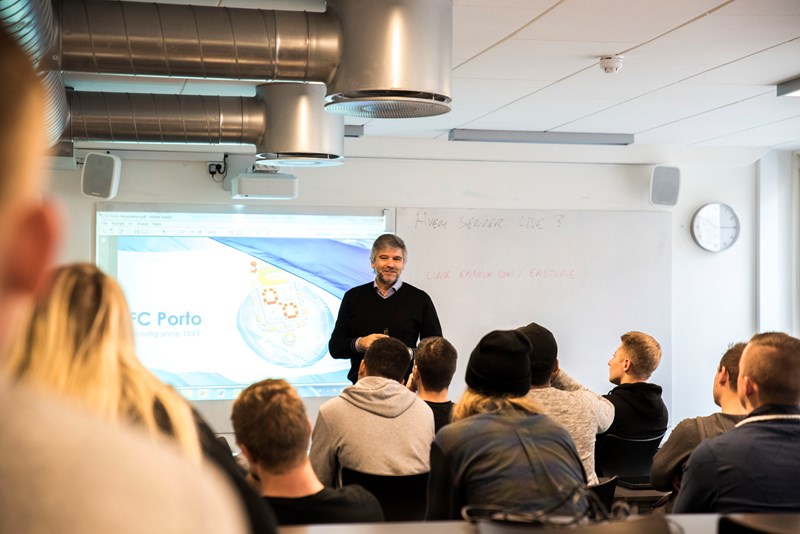 - A scoop and super exciting

- It is a scoop, and it was super exciting to get in the engine room of one of Europe's biggest clubs. It is a huge team that has won the Champions League, says lecturer Carsten Buhl from Cphbusiness. He teaches in Marketing Management and the elective sponsorship.

Rui Lousa gave the students insight into the commercial side of football based on, for example, FC Porto's structure, values, and strengths and challenges.

- Football has a special connection to the consumers. I cannot see another sport that has such a strong emotional connection. This band is unique to a sponsor, and that is why there is spent so much money on football, says Rui Lousa from FC Porto.

- He mentioned both the commercial structure and values and how to set up sponsorships in a major international club like FC Porto. You could hear that the students were very interested, and they got a glimpse of how the theories of sponsorship correspond with reality, and where there are contradictions, says Carsten Buhl. 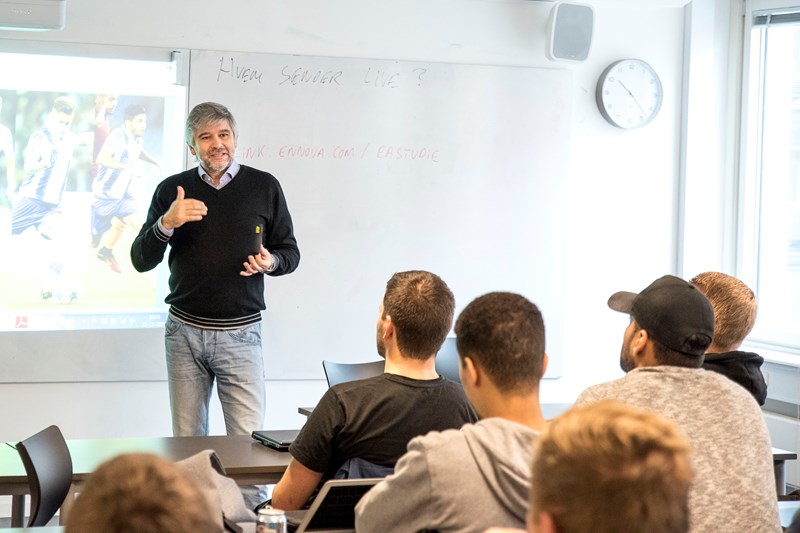 Close to reality with one of Southern Europe's largest sponsorship companies

- We must have a sustainable business model, but we also have to win every year. It is our biggest challenge to do both things, says Rui Lousa from FC Porto.

- Initiatives like this, which is only one among many, make teaching more vivid, concludes Carsten Buhl.