Maria Sommer from Cphbusiness is the first Dane ever to participate in the teacher bootcamp at the Massachusetts Institute of Technology, where she learned about disciplined entrepreneurship. The experience will be used to educate more entrepreneurs.

- It was very exciting and a huge challenge. I was pushed to the extreme, and I learned a lot, says Maria Sommer, who is a lecturer at Innovation and Entrepreneurship at Cphbusiness.

From 7 August to 17 August 2016, she was the first Dane at the teacher bootcamp in disciplined entrepreneurship at Massachusetts Institute of Technology (MIT) in Boston along with 23 other lecturers from all over the world.

Maria Sommer and the other participants were specifically selected by MIT among 840 applicants.

During the first week, the lecturers and 72 students from 32 countries had to simulate startups using Disciplined Entrepreneurship: 24 steps to a successful startup by Bill Aulet.

- I experienced both the good sides and the challenges of group work on my own body while I was pushed to the limit, says Maria Sommer.

- We had lectures with team exercises from 8 a.m. to 8 p.m., and then we worked with entrepreneurship in teams until late at night. Eventually we had to present our concept for an investor panel, she says.

Cphbusiness has to educate more entrepreneurs

- It was a good reminder that the customer has to be in the centre all the time, and that the team needs to continuously think: Who are we doing this for? It is about focusing on a problem or a need rather than an idea or a product, says Maria Sommer from Cphbusiness.

During the bootcamp, the lecturers worked with tools to teach entrepreneurship in order to help students to a greater chance of success in their startup company.

The experience from the US is currently being used in the field Innovation and Entrepreneurship at Cphbusiness, which is going to be modified after the model from MIT.

- We are the first Danish educational institution to implement MIT’s 24 steps, and it is a huge gain for our students, says Maria Sommer.

At Cphbusiness the goal is to educate more entrepreneurs. With the 24 steps, the business academy now has a tool with a steeper learning curve that prepares the students even better to become entrepreneurs, says Maria Sommer.

- After the trip, I have contacts at the university that was elected as the best one in 2016. I have access to a big network of people who work with entrepreneurship on the highest level all over the world. It can only be an advantage to the lecturers and the students, she says. 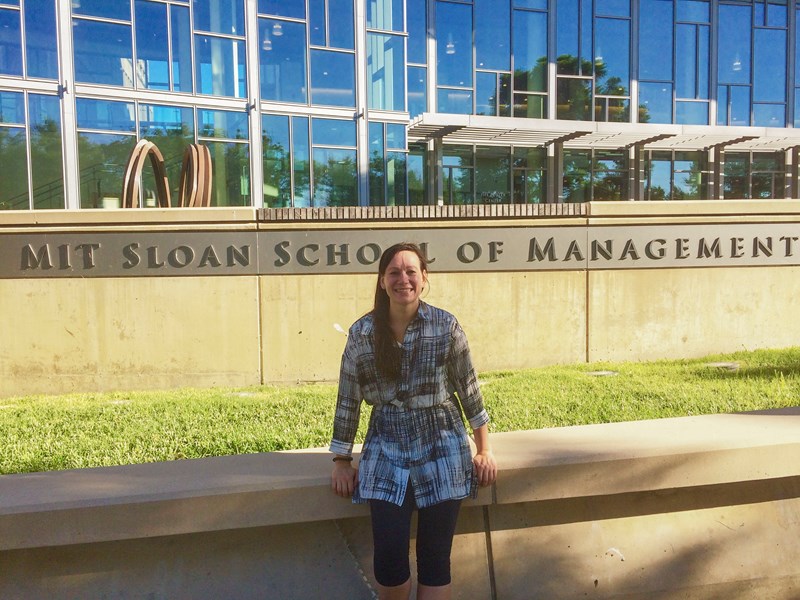