The digital sports world on the programme

Genetic tests, e-sports, apps and globalisation are taking over the sports world, where digitalisation is more and more in focus.

What happens when private recreational athletes start to use genetic tests to optimize their workout? Or when you no longer have to tie your boots as a football player? And what happens when money suddenly are in online streaming instead of spectators on stadium?

The sports world is feeling the entry of the digitalisation, which is why the students at Sport Management at Cphbusiness Lyngby had the course 'digitalisation' in March 2017. Among other things, the students worked with a case for the Danish company AthGene and cooperated with a group of Dutch students who spent several days in Lyngby.

Several partners have been a part of the course for the students on the study programme. The company Dell/EMC held a presentation about Big Data, which was streamed live to the Dutch students when they were not in Denmark yet.

The e-sports team North held a presentation, the app company Athliit participated, and finally the company AthGene played the leading role by making the business case for the students.

- Sport Management must follow the trends, and we want some of the aspects in digitalisation in the teaching and of course create great cases for the students, says Maria Bonnerup, lecturer at Sport Management at Cphbusiness.

AthGene offers genetic tests that you can use for optimizing for example sports results and your diet. The case concerned the establishment of partnership, for example trainers and nutritionists, she says.

A good idea is not enough

- Our expectations were that we could get some specific proposals from the students, which we had not thought of ourselves. And I actually think we got this from a big part of the groups, says Anita Berntsen, VP of Operations at AthGene.

She tells that you as a case company are very critical to the solutions that are presented. It is not enough that they are good and creative ideas. It has to work in a commercial context.

But even in the critical light, the students provided useful proposals:

- Especially three of the groups provided some great suggestions, and we simply took some of them and put them directly in our concept development, and we will use some of this information actively when we develop our concept and pitch it to our customers, says Anita Berntsen and continues;

- AthGene is not going to take the groups’ solutions and implement them, but we will take small bites and ideas from the great proposals and incorporate them in our concept. Exactly what we hoped would happen.

2017 had hardly started when F.C. Copenhagen and Nordisk Film on 3 January announced the signing of the Counter-Strike: GO team North and the establishment of an e-sports organisation. E-sports are in great growth, and the big tournaments should be able to fill up Parken with spectators in 2018, stated F.C. Copenhagen in January.

- The students think e-sports are exciting, because everyone knows that is the next step in sports, says Maria Bonnerup and acknowledges the initial sceptical attitude from the traditional sports interested students.

In many ways e-sports are like traditional sports, particularly in the way of how you treat your players. The right context helped making e-sports interesting on par with traditional sports in a Sport Management point of view. And then there are the differences.

- These societies are very content based, because they do not have a stadium they fill twice a week. They maybe play in front of a crowd once a month, says Maria Bonnerup.

Close cooperation with the Netherlands

Already in the beginning of the course, the contact to Cphbusiness' Dutch counterpart was established when the students live streamed Dell/EMC's presentation. The presentation took place at Cphbusiness Lyngby, but the Dutch students were still at Saxion University of Applied Sciences in the Netherlands.

When the 36 Dutch students and four lecturers went to Denmark, a two-day programme was planned.

- It has been very educational for our students to get a new cultural perspective on their group work. It also provided the students with a different angle, when they had to plan the social activities such as a football tournament or dinner at 'Papirøen', tells Simon Callard, lecturer at Cphbusiness.

Besides the role as Sports Marketing Consultants in connection with the Danes' case assignment and the possibility to participate in company presentations, there was actually time for sports - and not just to work with it. 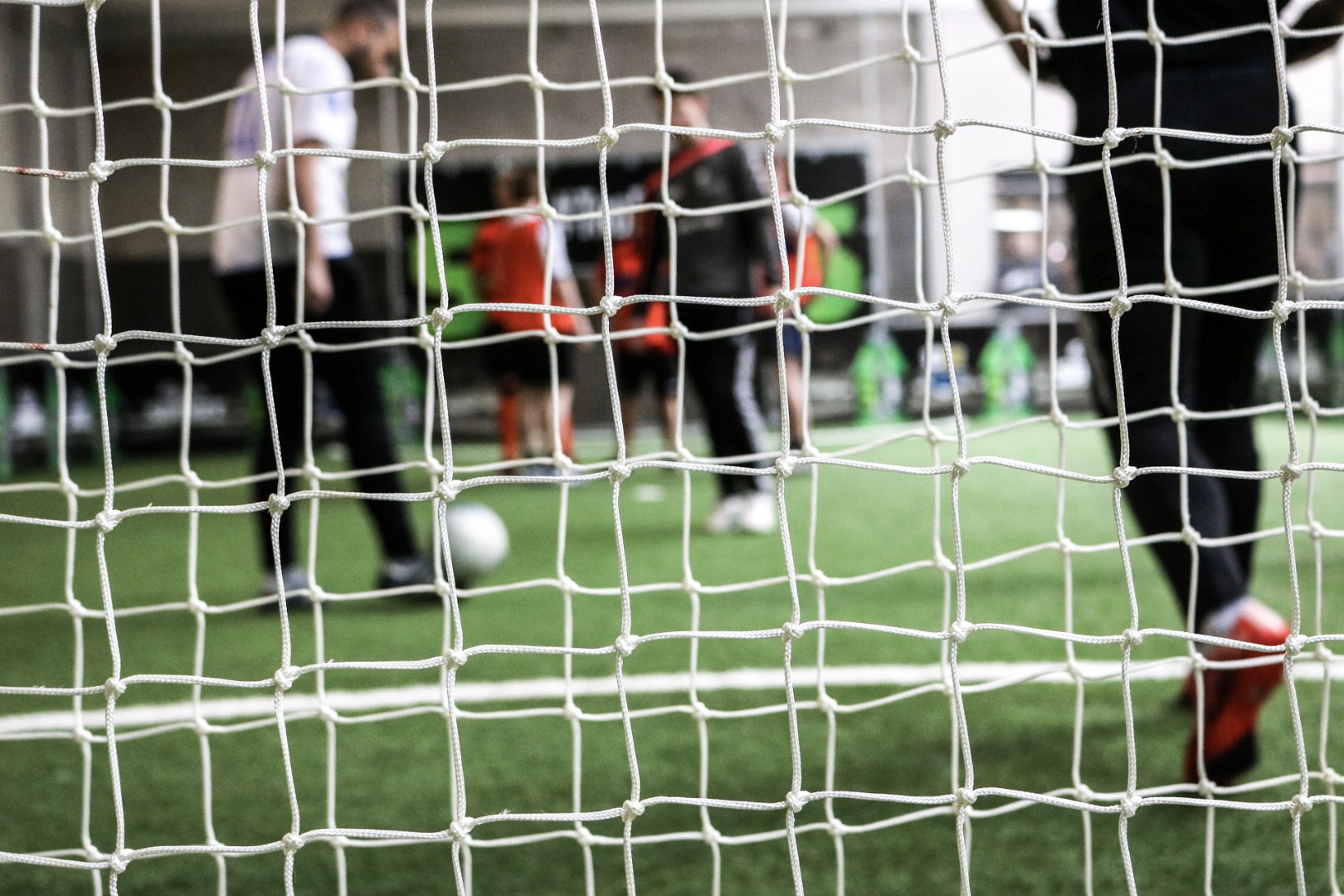 The visit from the Netherlands also gave the lecturers something.

- It has been educational for us as lecturers, and there was a chance for us to show off our Danish partners, for example Copenhagen Handball where we experienced their corporate hospitality and a handball match, says Simon Callard.

Browse the photos from the module here: