Konsus and Ideel Coffee from Cphbusiness’ entrepreneurial community Inkubatoren have won two categories at the Regional Championship in Entrepreneurship and qualified for the Danish Championship.

The companies Konsus and Ideel Coffee, which are a part of the entrepreneurial environment Inkubatoren at Cphbusiness, competed against other entrepreneurial students from all over Zealand at an online edition of the Regional Championship in Entrepreneurship 2020.

They brought home an overall second place and victories in two categories.

Konsus is founded by the three students Gustav Bang, Louis Hellmann and Petros Maravelakis from the Top-up Bachelor’s degree in Innovation and Entrepreneurship at Cphbusiness and is a consultancy company that advises non-profit housing organisations on how to implement sustainable projects based on the UN Sustainable Development Goals.

Konsus won the second place and the prize of 5,000 Danish kroner. The company also won the Service Innovation category, and they are excited about the victory, says co-founder Gustav Bang.

- It was a very good experience and the victory means a lot to us. It has been a great learning experience, and because of it, we are now better at communicating our business concept, since we had to pitch to and in front of others. Contests like this also give us good publicity, which will definitely help us, he says.

The judges of the competition are not the only ones who can see the potential.

- The team behind Konsus is strong and very passionate about developing sustainable projects for non-profit housing organisations. The fact that they already have their first customer shows that they have found a demand in the market, says Morten Dam Jespersen, project manager at Inkubatoren. 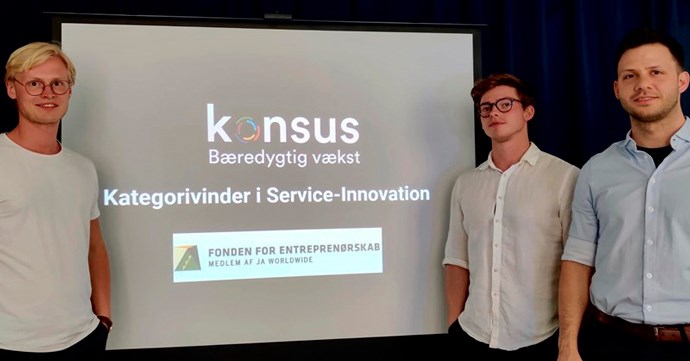 Ideel Coffee is a company that develops biodegradable coffee capsules that are home compostable. The company is founded by the two students Bogdan Coste and Johan Fellmann from the international class at the Top-up Bachelor’s degree in Innovation and Entrepreneurship at Cphbusiness and the third co-founder Lærke Voergaard.

Ideel Coffee won the Greentech category and according to co-founder Bogdan Coste the victory is a huge recognition of their work.

- It was very surprising, but it is nice to know that others also see the potential in our business the way we do. We were a little bit nervous, but when we won, we started screaming and cheering. It was cool and with this recognition, we know that we are on the right path, he says.

- Ideel Coffee is based on a foundation of sustainability. They have only been a part of Inkubatoren for a short time, but they have really shown how important a good team is when starting a new business. They complement each other incredibly well, he says. 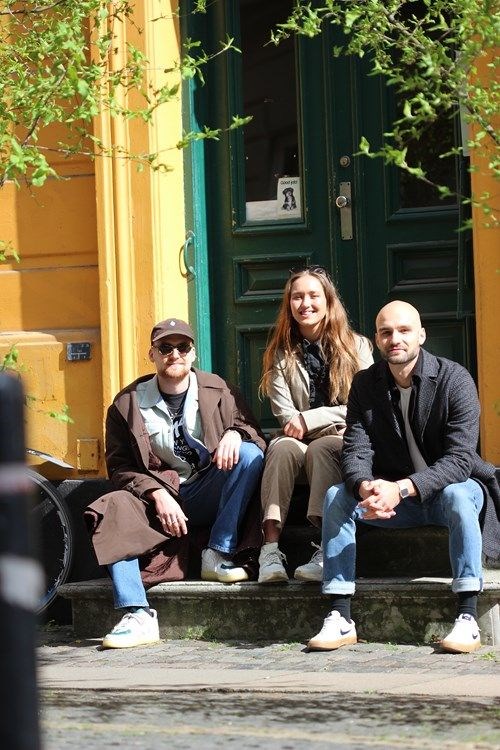 Next stop: Danish Championship in Entrepreneurship

The incubator companies won the Service Innovation and Greentech categories and have qualified for the Danish Championship in Entrepreneurship which will take place on May 27.

Both Konsus and Ideel Coffee have high expectations before the national championship.

- We are looking forward to it. We believe that we have an exciting product. Now we have to make others see it too as not everyone thinks it is exciting to be involved with the public sector. Of course, we also hope to win, Gustav Bang says.

He looks forward to working even more on Konsus when all three founders are doing their internship in the company next semester.

Ideel Coffee is also looking forward to the national competition.

- We look forward to making a strong effort and getting everyone to understand our concept and passion. It would be ideal to win, but just to participate in the competition can hopefully open up for exciting partnerships and make the outside world aware of our company, says Bogdan Coste.

Read more about the Top-up Bachelor’s Degree in Innovation and Entrepreneurship at Cphbusiness here.

The quotes from Gustav Bang and Morten Dam Jespersen are translated from Danish.