At the age of 19, Irina Dicusara moved from Moldova to Denmark with almost no money. Six years later, she has created a valuable network, is building her own startup, has learned Danish and wants to stay in Denmark.

In 2013, Irina Dicusara moved to Denmark from Moldova with almost no money. Since then she has learned Danish and bought a house. Furthermore, she is busy creating the base for her future in Denmark through a comprehensive business network and the plan is to launch her own startup soon.

Today she is studying the Top-up Bachelor's Degree in Innovation and Entrepreneurship at Cphbusiness. The study programme has become the platform for a valuable business network in Denmark, Irina Dicusara says:

- I learned that it is not enough to have a good business idea. You need to have a great network too and the Innovation and Entrepreneurship Programme really motivated me to do something about that.

Irina Dicusara came to Denmark when she was 19 years old. She had taken a 50-hour bus ride from Chișinău, Moldova's capital, to Copenhagen, and all she had was 700 Danish kroner. Nevertheless, she was determined to create a future in Denmark.

- I have always known that I wanted to move to a country with more possibilities than Moldova. I chose Denmark, because when I represented Moldova at the European Kyokushin Karate Championships I really liked the Danish team. I said to myself years before moving that Denmark would be that country of possibilities where I would like to build a future. 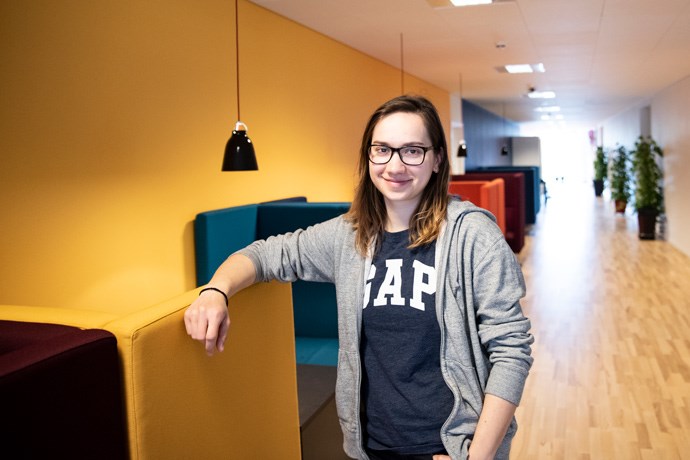 The day after her arrival in Copenhagen Irina Dicusara started looking for jobs. She began delivering newspapers and after that she had two full-time jobs where she worked in warehouses and with cleaning.

It was essential for her to make her own money, she says:

- I knew I wanted to stay in Denmark and to earn the money to buy my own place. At the same time I took Danish classes even though it was very difficult.

After one year of working, she began studying the AP Degree in Service, Hospitality and Tourism Management at Cphbusiness in 2014. After graduating, she worked for two years. Then, in the summer of 2018, she enrolled in the Top-up Bachelor's Degree in Innovation and Entrepreneurship at Cphbusiness.

- I really like the practical approach in the study programme with real examples from companies, where I can use the tools straight away in the job market.

When Irina Dicusara came to Denmark, she started building her network. In the beginning it was mainly students her own age and many from Eastern Europe, but after being enrolled in the Innovation and Entrepreneurship programme that changed.

At first, she asked one of her lecturers if she could reach out to people with inspirational careers in his network through LinkedIn. Then, in November 2018, she texted 100 women and 100 men. Her aim was for 20 people to respond, but she received answers from more than 30 people - and even though they were busy and did not know her, they were willing to meet up with her.

- I gained a lot from my network. Two of them wanted to be my mentors for a year. They are available for meetings, talks and sharing business ideas. All of this was only one text message away. I even arranged for one of them to come to Moldova, says Irina Dicusara.

She has managed to build a comprehensive network with people with skills in marketing, PR and journalism. She uses the network for advice and is determined to expand it even more. 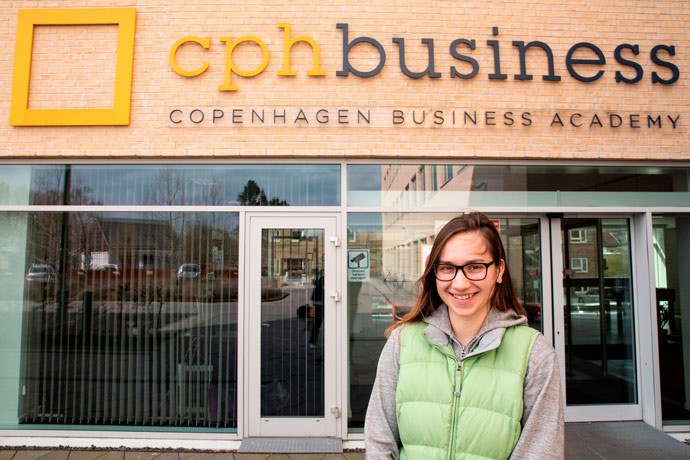 Her own startup and a Danish future

Irina Dicusara is currently developing her own startup - a consultancy company for people who need help reporting their taxes. The Top-up Bachelor's Degree in Innovation and Entrepreneurship at Cphbusiness is a good platform for building a new company and she uses input from her new network in the process.

- I want to help others really understand the tax system, especially people with language barriers. That is something I could have used when I came to a new country. My big dream is to help people understand complex information about tax, says Irina Dicusara who definitely wants to stay in Denmark.

Recently she has bought a new car and a house and she is excited about the future in Denmark.

- I am grateful for how much this country has offered me and I want to give something back. Besides recycling, paying my taxes and being a good citizen, the little I could do was to learn the language.